The Urgency for Environmental Healing

When Janez Drnovšek, president of Slovenia, invited me to officially visit him, I was memorably impressed, as rarely has anybody greeted me with such a depth of genuine welcome. The main subject of conversation was how the habits of war in a country leave memories in the ground, and how these horrific shadows become acted out by the next generation creating another mindless war.

After my initial training as a chiropractor and in hypnotherapy, I have been working with individuals and groups as a metaphysician for over 30 years utilizing many methods. I have compiled some teachable methods under the titles of “Archetype Negotiation Method” and “Archetypal Energy Healing”.

Many of my clients are musicians, artists, scientists and practitioners of medical and alternative healing systems. The majority of these clients are actively in the process of becoming more holographic and holistic in their perceptual styles, meaning that they are increasing their ability to view any challenge from various directions at once. Utilizing this often rapidly leads to practical creative solutions in their professions. All of this experience has clarified for me in exact detail a number of basic presuppositions I use that are vital to attaining results, and are in common with all effective healing systems. (Presupposition: a belief selected because utilizing it increases a technical result.)

A major one of these presuppositions is that all problems are created systemically, as precise group creations, and involve unthinking repetitions of past recordings of perceptually similar problems acted out by earlier groups in the past.

I have, for example, seen families in Brazil who have members who are very fat, and others who are very thin, in both cases reacting against the treatment of their ancestors who were persecuted in Nazi Germany. There condition changes when their unconscious mind learns that it has been solving a problem that no longer exists in Brazil.

Therefore all therapeutic attempts to work in a linear manner, as if the patient is the cause of the problem, have very limited effectiveness.  Attempts to control a dangerous degree of overweight or underweight with dieting, or any other method that did not remove the negative energy formed by the person’s family karmic patterning, just does not solve the problem.

My own communications with the soul of Slovenia show that it is a small, yet important country from which to speak many important communications in support of world peace. The ancient archetypal forces of this land, referred to with such ancient names as Perun and Svarog, are some of the most peaceful on Earth. Therefore Slovenia would be the perfect place to undertake experiments as to just what could be the results of a team of 100 competent and dedicated environmental healers.

There are many different terms for the negative energies left in the environment from archaic conflicts, such as ”Gestalts”,  “Telesmatic Images”, “Thoughtforms” or “Morphogenetic Fields.” Whatever you call these, it is very necessary to heal them before the human race walks itself out of existence by the way it treats the environment.

I have seen from all my work that memory is stored holographically, not individually. In healing traumas as a metaphysician it has always been very obvious that great results require working at the level of Fractal Patterning, the energetic imaging patterning that repeats itself at all levels of the system. In family systems, illnesses commonly do not originate from the person’s own life, but from ancestors failing to heal their own negative energy, and therefore passing down to future generations. Fractal patterns being the same in smaller or greater parts of the system, the same negative patterns will be reflected in the family system as between the organs of their bodies.

It would be a fascinating experiment to see just what would be the results of healing such negative energy fields from a whole country.

Copyright © 2007 Rowland Anton Barkley. Permission granted to repost this article unaltered, with notification to This email address is being protected from spambots. You need JavaScript enabled to view it. on condition that reposted article contains a functioning link to www.exorcism.org. 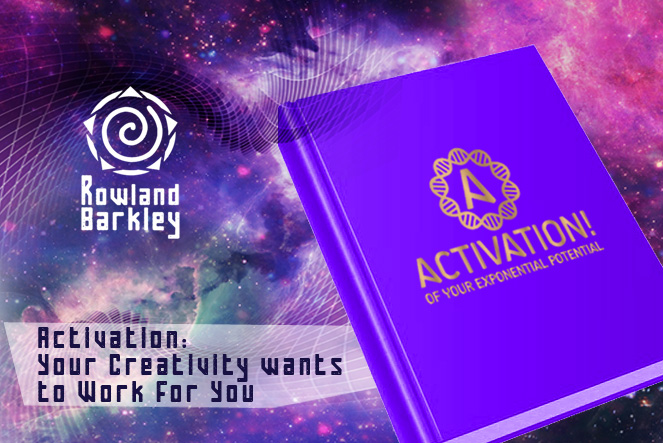